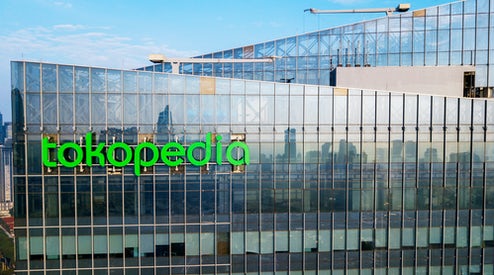 Spin-offs: We uncover a stake in post-merger Tokopedia-GoJek held by the Japanese e-commerce company Beenos (3328 JP) that, at the slated US$40bn IPO valuation for the Southeast Asian unicorn, would account for more than 80% of the US$270m enterprise value.

Fallen Angels: MM2 Asia (MM2 SP) has signed an SPA to dispose of their cinema business as part of an ongoing restructuring of the media and entertainment group. Having spoken to the company since the announcement, we share several insights that led us to believe this is a more positive announcement than the market gave credit for.

Buybacks: Metro Pacific (MPI PM) accelerated repurchases of a further 224.8m shares during the past week taking the 30-day tally to 1.71% shares out.

Upcoming IPOs: GRHA Hospitals Group (RSGK IJ) is due to start trading this week and is worth keeping an eye on given the 300% since listing in July.

Rights Issue: MNC Investama (BHIT IJ) is doing an IDR 2.24tn (USD 157mn) rights issue in a bid to retire their USD 201mn Senior Notes due 2022, which should remove the company’s long-time overhang associated with the dollar-denominated debt exposure.